I love good music. I always have.  In middle school, I was all about Christian bands such as the Supertones and D.C. Talk. Sometimes, if I was feeling really cool, I would go to see them at a church concert. In high school, I was all about the local band scene.  Who remembers hanging out at different “coffeehouses” every weekend? I don’t think they even served coffee! My college days were spent driving from Manhattan, KS to Lawrence or Westport every other weekend to see bands like The Get Up Kids, The Anniversary, Death Cab for Cutie and dozens of others.  I secretly judged anyone who listened to anything that was on the radio and owned tons of band shirts…(but everyone knows never wear the shirt of the band you are seeing to their concert, only the posers did that).

By the grace of God, I now realize that I’m not as awesome or cool as I thought I was. I’m really not cool at all. I go to maybe one concert a year, if that. But, I still love finding good music.  And I’m still not a big fan of music on the radio, but I don’t judge others who are radio listeners, I promise!

I thought I would share some new (to me) music that I’ve been loving lately thanks to Spotify. It’s been so fun to find new artists for free and try them out before buying the album. If you don’t know about Spotify, you have to check it out! The Lumineers just make me smile.  Ho Hey sounds like summer to me. I believe they just have one album out and I’ve really been loving it. Gregory Alan Isakov is seriously so good. He’s not a new artist, in fact I don’t  think he’s come out with a new album since 2009, but I have just recently been listening to him. I’m a sucker for mellow, folksy sounding music, and anything involving a banjo. The Middle East is another folksy band with a hint of poppy sound.  I’m actually not totally in love with all of their music, but I really love one particular song, Blood.  It’s so good.  Reid saw them open for Mumford and Sons last year and attests to the fact that they are good, but Blood is by far their best song. The Welcome Wagon is comprised of married couple Thomas Vito Aiuto and his wife Monique.  Vito is a Presbyterian pastor in Brooklyn.  It’s a very Sufjan-ish sounding album (Sufjan Stevens actually helped produce it), but with gospel themed lyrics. I love how quirky yet thoughtful it is, and how awkward the album cover is. Funny.

After listening to clips of these bands back to back, I’m noticing a theme. They all sound a little similar. I really do love the banjo.  Happy Monday! 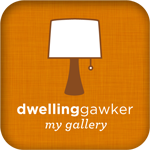